In Barcelona, you have probably noticed signs of ‘Strong’ – Halal Meat Markets or Halal Delicatessen. You’ve probably also read the labels that say a certain meat is Halal or you’ve passed over items that point to a trend towards more and more people buying and consuming meat in a Restaurant Halal. However, unless you are a Muslim, you probably don’t understand all that needs to be done to get food called Halal. 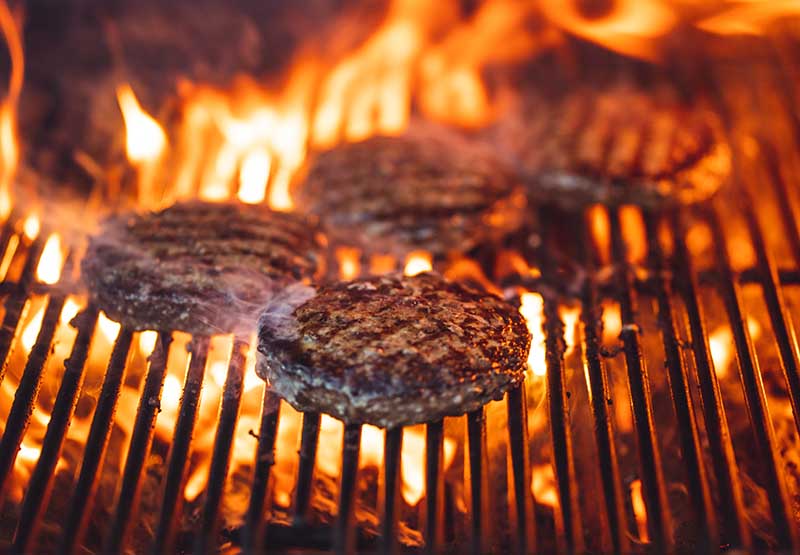 In Arabic, the word “Halal” means permissible. Halal meat is meat that has been slaughtered in accordance with Islamic Law, as set out in the Qur’an. This particular type of slaughter is called Dhabiha, which requires the sacrifice of the animal to ensure the least possible pain and suffering. 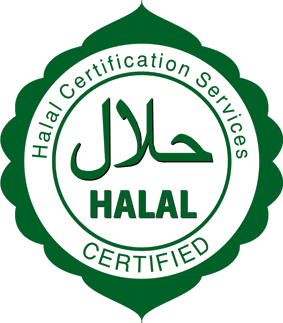 It’s a very specific method of killing animals for food, one that also involves draining all the blood and ensuring that no live animal ever sees another animal slaughtered. Zain Mohammed, a chemical engineering student at and connoisseur of every Halal restaurant in the Texas area) has made it his mission to demystify Halal food for Muslims and non-Muslims, and in doing so, spread awareness of the health benefits of this unique practice.

In 2013, he started Zain’s Halal Reviews, a blog by Zain Mohammed dedicated to testing Halal restaurants or specific dishes and reviewing them for others. To date, he has reviewed nearly 100 restaurants in the city of Houston and has opened the eyes of Houstonians to the variety of Halal food available in the city.

Traditionally, animals raised for Halal meat are better cared for than animals raised on factory farms. Part of the Islamic law that dictates the preparation of meat requires that the animal be treated well during its life and during the slaughter process. In addition, other animals should never witness the killing or sharpening of knives. And that knife must be kept very sharp to ensure the least possible suffering.

Regardless of personal opinions about Halal meat, the fact is that it is spreading. More and more Halal Restaurants and more and more companies are trying to be inclusive by offering Halal meat as an option or switching to Halal Meat entirely. It is no longer just about restaurants in the Middle East, Asia and Eastern Europe serving Halal meat. 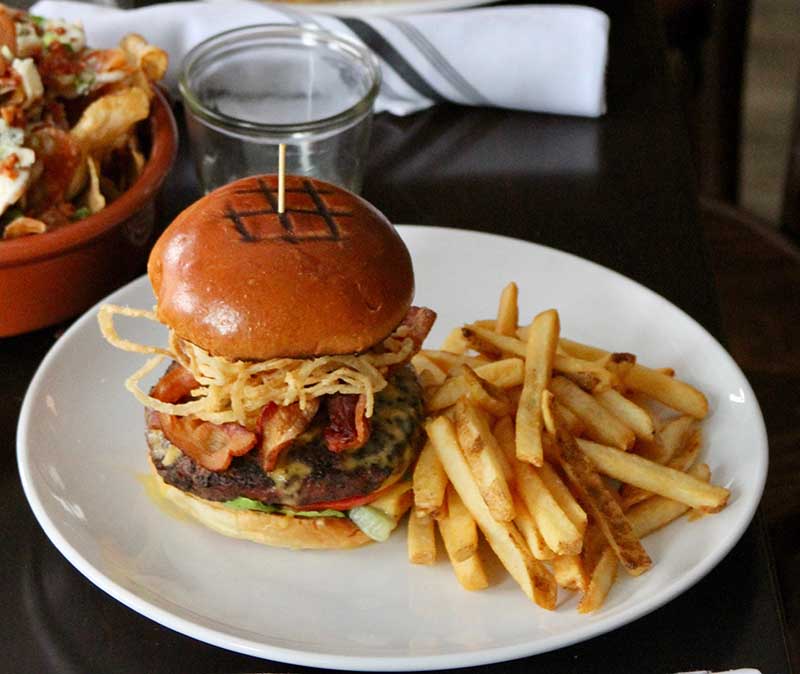 “In most major cities in America, these are usually the ‘Halal’ restaurants: Indians, Pakistanis, Turks, etc.”, says Mohammed. “The only thing about Houston is that I can get Chinese food, hamburgers, meat, and even gyros with souvlaki that are all Halal.

Mohammed was born in Saudi Arabia and has never eaten any meat other than Halal for religious reasons. While studying at the university, he realized he had some free time when he finished his school work, and he wanted a reason to go out to eat and tell others about Halal food.

It turns out that here in Barcelona there are also more and more restaurants serving Halal meat, from hamburgers to cheesesteaks… 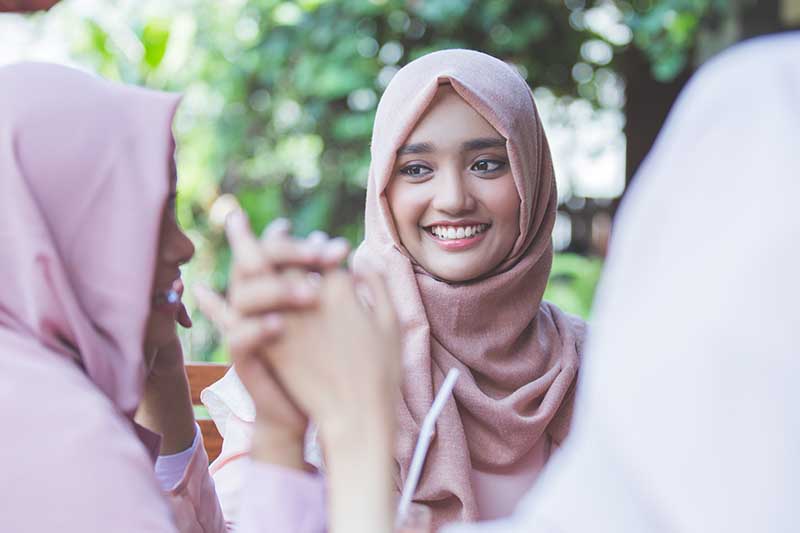 Islam places great emphasis on the way an animal’s life ends, which has to be in accordance with Islamic regulations. Life is a sacred blessing from God for creation, both animal and human. If an animal’s life has to end for human survival, then its life should only be taken in the name of God. Therefore, the phrase Bismillah (“in the name of God”) should be pronounced just before an animal is sacrificed. Muslims cannot consume the meat of animals that are sacrificed in a name other than God. And every self-respecting Halal restaurant must observe these premises.

Any animal sacrificed in the name of a living or dead person, any deity or idol will be considered haram and, therefore, Muslims are not allowed to consume such meat.

Muslims are only allowed to eat meat prepared according to Islamic Law. Muslims say the Islamic law on killing animals is designed to reduce the pain and distress the animal suffers.

These rules state, among other things:

Some experts say that the animal killed in this way does not suffer if the cut is made quickly and cleanly, because it loses consciousness before the brain can perceive any pain

Islam is not just a religion, it is a way of life with protocols, rules and manners that govern all facets of life. Since food is an important part of daily life, food laws have a special meaning. Muslims are expected to eat to survive, to maintain good health and not to eat. In Islam, eating is considered a matter of worshipping God such as prayer, fasting, almsgiving and other religious activities. 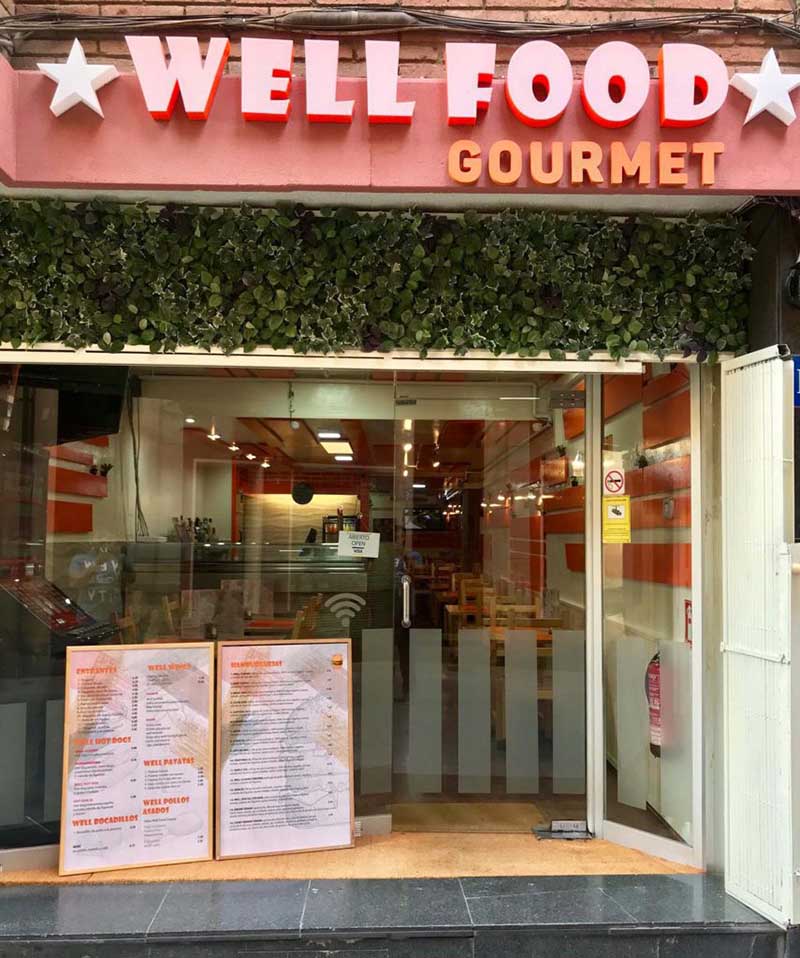 Well Food Gourmet are a first class Halal Restaurant from authentic Halal food and 100% organic meat in Gràcia in Barcelona. Our family environment and authentic fresh food make you feel at home. Join us today for a real Halal &amp cooking experience; 100% ECO!

In our Halal restaurant all our dishes are cooked only with fresh farm ingredients.

We look forward to seeing you! Make your reservation with us!

Source for Islamic Law information, on the Islamic Council of Victoria. 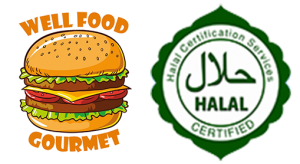 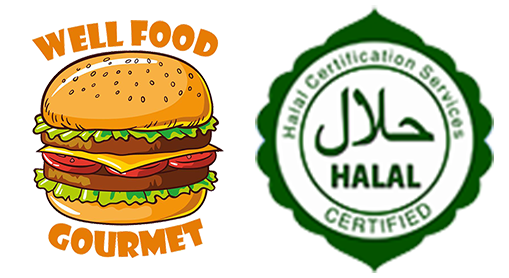 Hi! Given the current sanitary circumstances, our Restaurant will remain open only for home delivery through the following services.
Thank you very much for your understanding.